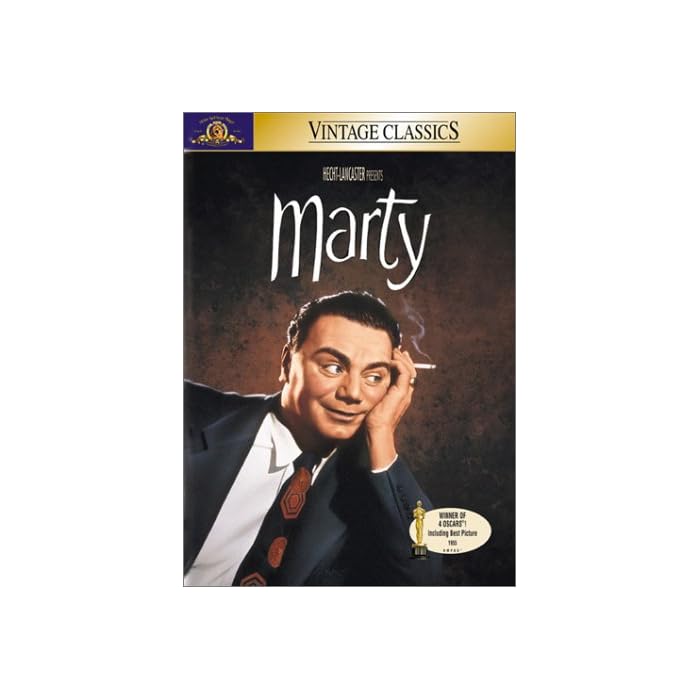 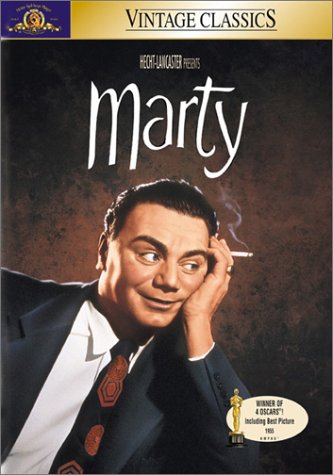 Brand : Mgm
from
to Tunisia

Originally broadcast as a 50-minute drama on Philco Television Playhouse in 1953, Marty ensured Paddy Chayefsky's status as one of the greatest writers of television's golden age. When Chayefsky, director Delbert Mann, and actor Ernest Borgnine reunited for this 90-minute film version, the play had been polished with extra scenes, further perfecting Chayefsky's timeless study of loneliness and heartbreak. And the film, in which Borgnine excels as the single, 35-year-old "fat and ugly" butcher Marty Pilletti, received well-deserved Oscars® for Best Picture, Director, Actor, and Screenplay. Although Chayefsky's central theme is the pain of being unwanted (as felt by Marty himself as well as his elderly Aunt Catherine, who's become a burden to her married daughter), the film is never somber or depressing, and achieves a rare quality of honesty, humor, and hopefulness without resorting to artifice or sentiment. Marty's just about given up on love when he meets plain-looking Clara (Betsy Blair), a 29-year-old teacher who's endured similar cycles of rejection. Much of Marty explores the simple decency of these characters, their admirable qualities and mutual connection, and the slow escalation of self-esteem that will hold them together. Marty is a supremely compassionate film, but it's also an entertaining one, trimmed (like a good butcher's meat) of any dramatic fat. And although Blair (who earned an Oscar nomination) is superb in her role, it's worth noting that she's more conventionally "attractive" than Nancy Marchand (late of The Sopranos), who played Clara with arguably greater authenticity in the original 1953 telecast. --Jeff Shannon
Show More

Disclaimer: The price shown above includes all applicable taxes and fees. The information provided above is for reference purposes only. Products may go out of stock and delivery estimates may change at any time. desertcart does not validate any claims made in the product descriptions above. For additional information, please contact the manufacturer or desertcart customer service. While desertcart makes reasonable efforts to only show products available in your country, some items may be cancelled if they are prohibited for import in Tunisia. For more details, please visit our Support Page.

Where can I buy Marty online at the best price in the Tunisia?

desertcart is the best online shopping platform where you can buy Marty from renowned brand(s). desertcart delivers the most unique and largest selection of products from across the world especially from the US, UK and India at best prices and the fastest delivery time.

Is Marty available and ready for delivery in in Tunisia?

desertcart ships the Marty to and more cities in Tunisia. Get unlimited free shipping in 164+ countries with desertcart Plus membership. We can deliver the Marty speedily without the hassle of shipping, customs or duties.

Is it safe to buy Marty on desertcart?

Yes, it is absolutely safe to buy Marty from desertcart, which is a 100% legitimate site operating in 164 countries. Since 2014, desertcart has been delivering a wide range of products to customers and fulfilling their desires. You will find several positive reviews by desertcart customers on portals like Trustpilot, etc. The website uses an HTTPS system to safeguard all customers and protect financial details and transactions done online. The company uses the latest upgraded technologies and software systems to ensure a fair and safe shopping experience for all customers. Your details are highly secure and guarded by the company using encryption and other latest softwares and technologies.