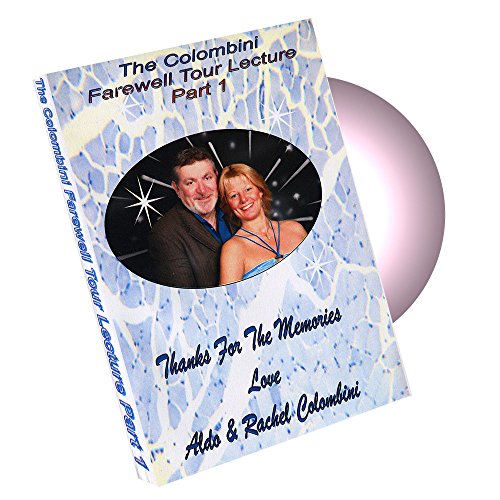 Brand : M Ms
from USA
to Tunisia
in 5-8 days
At your doorstep by Jul 30  to Aug 02 with standard delivery

Aldo Colombini moved to the United States from Italy in 1993. He has performed in over 60 countries including every European country, the Unites States, Canada, Japan, Australia, South Africa, China and South America. He is a F. I. S. M. prize winner. He performed often on Italian television and he has also appeared on television shows in Portugal, Spain, Japan, Colombia and Sweden. Aldo performed at Caesar's Magical Empire in Caesar's Palace, Las Vegas and for 13 years at the famous Magic Castle in Hollywood, California. Aldo was voted by the Academy of Magical Arts, Hollywood, California: TWICE parlor magician of the year, nominated for the best Close-up magician of the year, best stage performer of the year and for best comedy act of the year. He appeared on "Masters of Illusion ", a series of weekly magic specials airing on PAX-TV. And, if all that wasn't enough, he speaks Italian, English, Spanish and French and can perform in all four languages allowing him to dazzle audiences from diverse backgrounds. Aldo has written and published several books on magic, produced many DVD's and created many magical effects used by magicians all over the world. He also lectures on magic worldwide and was nominated by the Academy of Magical Arts TWICE: Lecturer of the Year. He also produces, publishes, manufactures and distributes wonderful quality magic products through his company, Colombini Magic. In the history of the Magic Castle there is ONLY one magician to be nominated in all six categories: Comedy, Stage, Close-up, Parlor, Bar Magician and Lecturer. Rachel Colombini first became interested in magic a little bit later in life than most people, she was about 17 years old and filled out an application to join the magic club in Manchester (THE ORDER of THE MAGI). She was accepted and spent the next few years attending lectures and conventions. She had risen through the ranks at the company she worked for and had a nice prestigious position.
Show More
Reviews

Disclaimer: The price shown above includes all applicable taxes and fees. The information provided above is for reference purposes only. Products may go out of stock and delivery estimates may change at any time. Desertcart does not validate any claims made in the product descriptions above. For additional information, please contact the manufacturer or desertcart customer service. While desertcart makes reasonable efforts to only show products available in your country, some items may be cancelled if they are prohibited for import in Tunisia. For more details, please visit our Support Page.