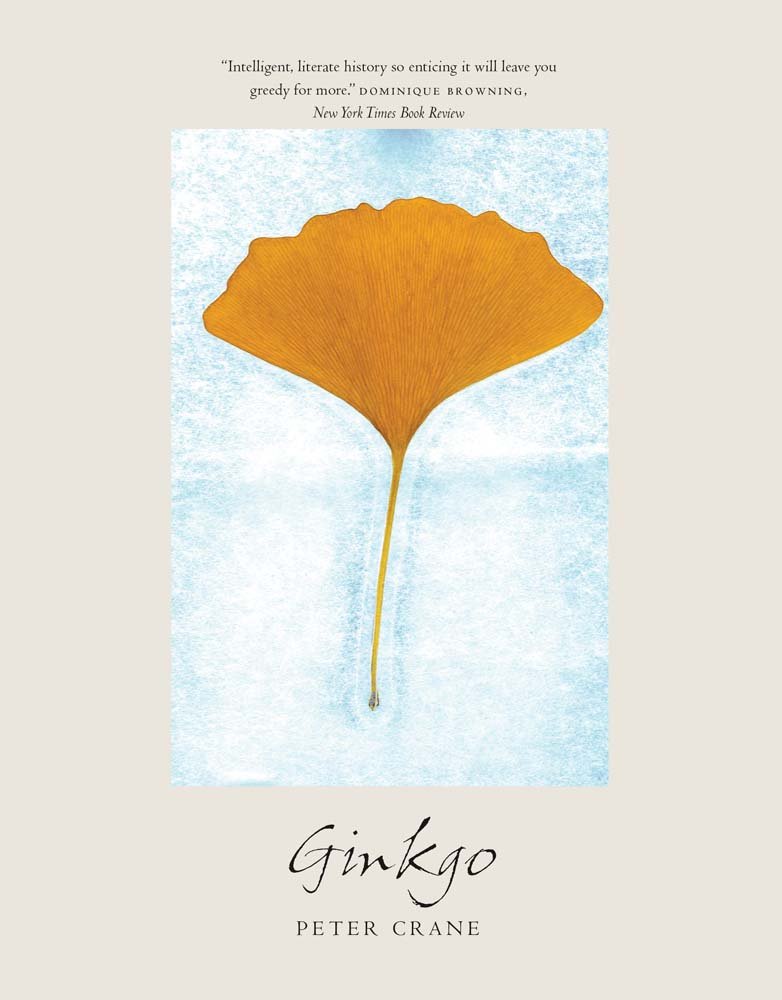 Brand : Peter Cranevon Knorring Pollyanna
from USA
to Tunisia
in 5-8 days
At your doorstep by Jul 30  to Aug 02 with standard delivery

Review ------ "This intelligent, literate history is so enticing it will leave you greedy for more."—Dominique Browning, New York Times Book Review "You might think you’d have to be a scholarly sort of tree hugger to wrap your mind around GINKGO: The Tree That Time Forgot, by Peter Crane, but this intelligent, literate history is so enticing it will leave you greedy for more."—Dominique Browning, New York Times Book Review "It’s a personable story, as Crane examines the fossil record seeking to trace the plant’s evolution and the tree’s cultural impact."—The Chicago Tribune "Ginkgo cranei, an extinct species of the family, is named after the author who lived beside the UK’s oldest Ginkgo while he was director of Kew Gardens. This qualification is dwarfed by the depth of Crane’s knowledge and the sparkle of his prose. He also reminds us why conservation matters: 'Letting species go extinct when we have the power to intervene is like letting a library burn just when we are learning how to read.'"—Jane Owen, The Financial Times "An entertaining introduction to botanical lore."—Kirkus Reviews "Among a clutch of new books, Ginkgo has all the right ingredients. It is one of those rare works written by a scholar whose passion for his subject makes you want to go out and hug a ginkgo--or at least seek one out to examine it more closely."—New Scientist "Readers of this fascinating history will be glad to know there is at least one life-form that owes its survival, not its destruction, to humans."—Scientific American "After reading this captivating book, you will never simply just look at a tree of any species again, and most certainly not a ginkgo, without pondering its cultural importance, how it came to be growing in this place at this time, and its reproductive biology, economic uses, and phylogenetic position."—J. C. McElwain, Science "Highly recommended."―Choice "Apart from covering all the main aspects of the biology, growth, history and cultivation of Ginkgo, it includes a fascinating account of the study of fossil plants and of the personalities involved . . . This is a delightful book to read, alike to botanists and to anyone with an interest in trees."—Martyn Rix, Curtis’s Botanical Magazine "Encyclopedic in breadth and depth, this 'global biography' of the ginkgo is an elegant account infused with the writer’s sense of wonderment for his subject. Reading it will likely make you seek out the nearest specimen to appreciate it anew."—Key Reporter A Best Science Book of 2013, New Scientist Shortlisted for the 2014 Phi Beta Kappa Award in Science "This engaging book uses Ginkgo as a point of departure to examine a wide range of topics—the history of botanical exploration in China and Japan, as well as plant anatomy, physiology, evolution, extinction, and conservation. . . . It is both scholarly and accessible."—Scott Wing, Smithsonian Institution "Ginkgo takes a place among the best books on plants that I have had the pleasure of reading. It provides an extremely interesting account of a remarkable plant through space, time, and culture."—Peter H. Raven, President Emeritus, Missouri Botanical Garden "My favorite Ginkgo is the iconic 'over my dead body' in Hibiya Park in Tokyo. Peter Crane’s book will enchant both experts and newcomers to these splendid plants."—Robert M May, University of Oxford "Peter Crane provides a compelling and definitive portrait of the Tree That Time Forgot: its ancient lineage, its natural history, and history interwoven with people . . . an eye-opening page turner about the Ginkgo in particular and trees in general. A triumph of beautifully written scholarship."—Thomas E. Lovejoy, University Professor of Environmental Science and Policy, George Mason University "A remarkable book about a remarkable tree that came through from the age of the dinosaurs in one corner of China, and has now repopulated parks and gardens all over the world. An important biography of the ultimate survivor."—Richard Fortey, author of Horseshoe Crabs & Velvet Worms Read more ( javascript:void(0) ) About the Author ---------------- Peter Crane is Carl W. Knobloch Jr. Dean and professor, School of Forestry and Environmental Studies, Yale University, and former director of The Royal Botanic Gardens, Kew, UK. He divides his time between Oak Park, IL, and New Haven, CT. Read more ( javascript:void(0) )
Show More
Reviews

Ginkgo: The Tree That Time Forgot

Disclaimer: The price shown above includes all applicable taxes and fees. The information provided above is for reference purposes only. Products may go out of stock and delivery estimates may change at any time. Desertcart does not validate any claims made in the product descriptions above. For additional information, please contact the manufacturer or desertcart customer service. While desertcart makes reasonable efforts to only show products available in your country, some items may be cancelled if they are prohibited for import in Tunisia. For more details, please visit our Support Page.